Asterix: The Secret of the Magic Potion

In this adventure, Asterix and Obelix embark on a quest across Gaul looking for a young druid worthy of learning the secret of the magic potion, after elderly village druid Getafix breaks his leg when he falls from a tree while picking mistletoe. Once Asterix and Obelix begin their quest, all hell breaks lose at home as the Romans – lead by the ridiculous Tomcrus — start attacking. Meanwhile, an evil wizard named Sulfurix does everything he can to steal the potion's secret recipe, which, for lovers of French cuisine, seems to contain carrots, salt, fish, honey, mead, as well as fresh mistletoe that can only be harvested with a golden sickle.

The film was released on 5 December across France, taking more than $2 million in revenue on the opening Wednesday and close to $7 million through Sunday night.[1] It has earned $34,702,470 in box office numbers. 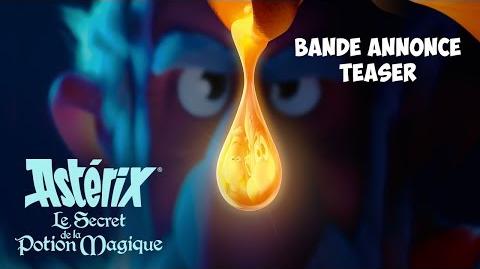 Retrieved from "https://asterix.fandom.com/wiki/Asterix:_The_Secret_of_the_Magic_Potion?oldid=7848"
Community content is available under CC-BY-SA unless otherwise noted.